Vacation in Greece is one-of-a-kind experience, and how easy it is to get there? Well, flights to Athens are quite frequent. Here are 7 recommendations that can make your Greek time amazing:

Take the train from Athens train station at to Kalabaka and admire the beautiful Greek landscapes during your trip to Meteora. Prepare yourself for the Meteora majestic sunset tour. Experience all the beauty of the unique phenomenon of Meteora and the holy monasteries on top of the rock giants. 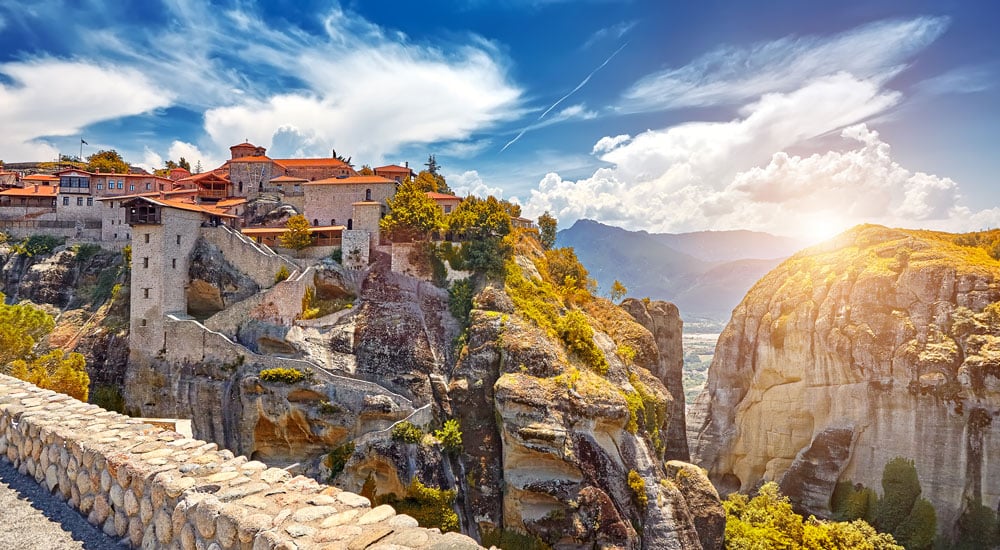 Cape Sounion is about 72 kilometers south of Athens and the traffic is quite picturesque as it follows the coastline. Travelers can take a bus or half day trip from Athens to see the Temple of Poseidon at Cape Sounio, visit by a small sailboat. The temple of Poseidon is made of marble and was built in the 5th century BC, about the same time as the Parthenon on the Acropolis of Athens. Although the structures are similar, the atmosphere is very different. The Acropolis is stunning and must be “seen”, but the place is always full of visitors. The view of the Aegean is magnificent, worth a flight to Greece by all means. 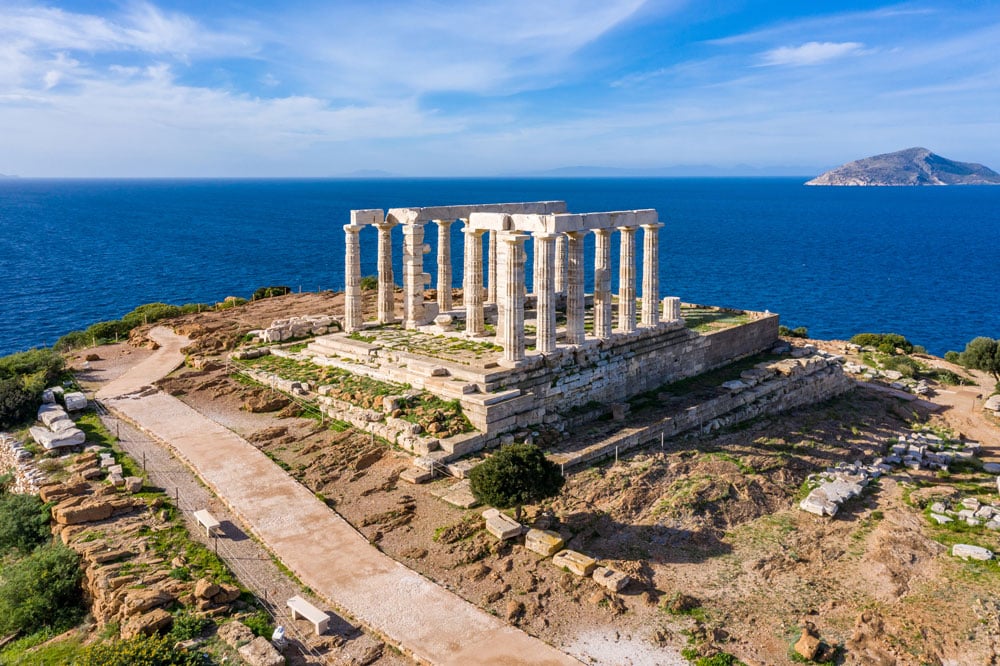 A journey through time, to a part of the Greek land, that turn your vacation to an exciting moment. The majesty of the archeological site of the Oracle of Delphi is unsurpassed: remnants of buildings of antiquity that reach the limits of myth, the terrible mystical process of ordination that took place here, the sanctity and respect with which the Oracle and the ancients treated the Oracle. The unique Delphic Landscape, complete a picture that is classified as “life experiences”. The archeological site extends along the entire slope of the hill and is scattered with works of art and monuments, at almost every step of the visitor, which will take a long time to climb. Truly, a must-visit place in the vacation itinerary. 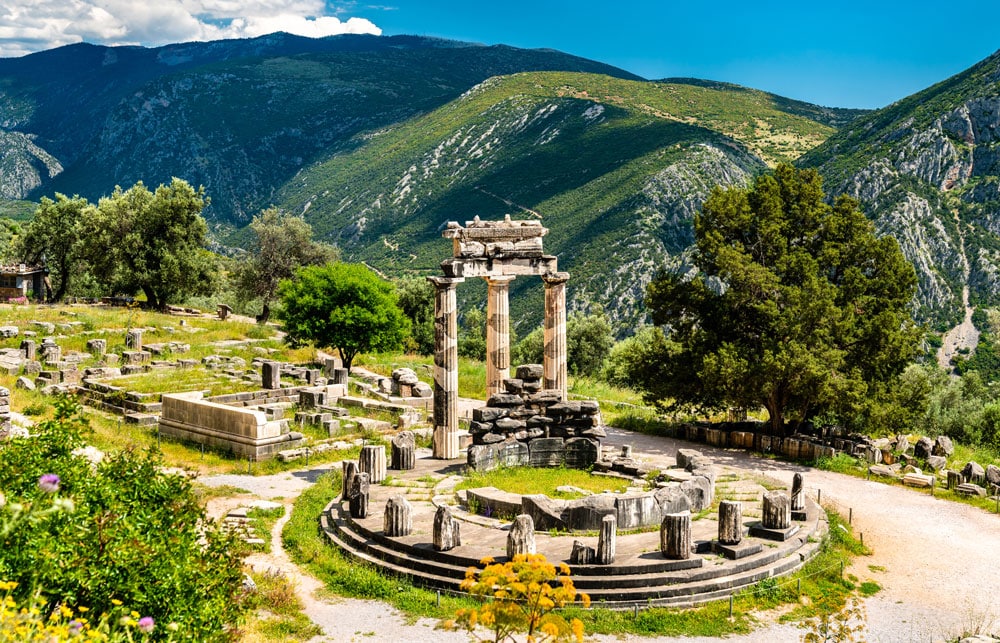 The Peloponnese is considered the center of the ancient world. In this one-day tour from Nafplio to Mycenae you will have the opportunity to get to know an important part of it, as you will visit some of its most important monuments. Starting from Nafplio, the first stop includes a tour of Mycenae, the kingdom of the mythical Agamemnon, where one of the most brilliant civilizations of Greek prehistory, the Mycenaean civilization, developed. The Lions’ Gate, the monumental entrance of the palaces, the cyclopean walls around the citadel and the vaulted tombs of Atreus and Clytemnestra, are a pole of attraction for lovers of the ancient world.

The next stop is Ancient Corinth, with the famous temple of Apollo and the step of the Apostle Paul and the Corinth Canal, which connects the Corinthian Gulf with the Saronic Gulf. Continue your vacation tour to ancient Epidaurus, where the ancient theatre is one of the most famous archaeological monuments in Greece. The Asklepion was the center of healing of serious diseases for the whole of ancient Greece, therefore many monuments were developed around it, the most important being the temple of Asclepius, the Dome and others.

Galaxidi, one of the most beautiful and quiet coastal cities in Greece, retains to this day its authentic traditional character. Built on the southern coastline of Central Greece, in Fokida, it exudes a manorial atmosphere of an “island” and carries the glamor of its glorious naval tradition. The city has been designated a protected settlement, has a steady mild tourist development, and is about three hours drive from Athens. If you’re interested in flights to Athens, this place shouldn’t be missed. 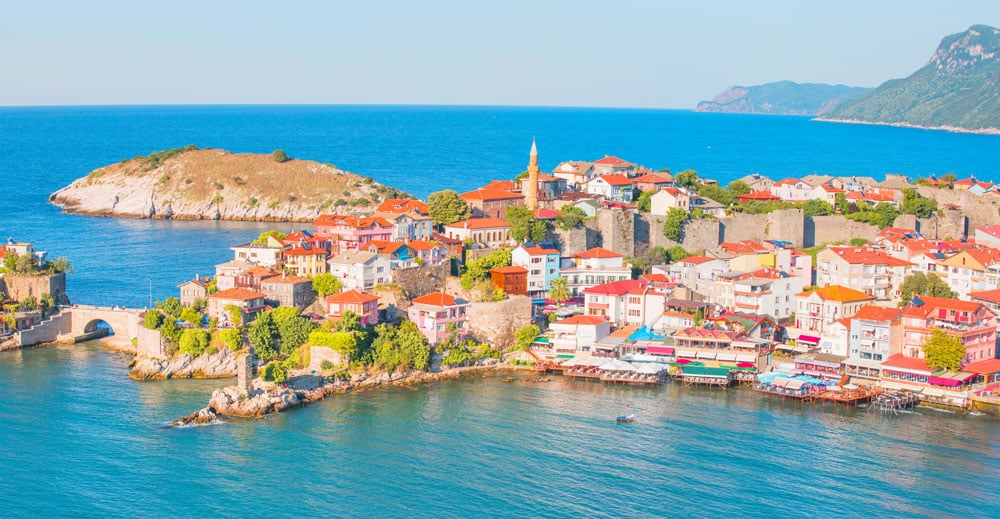 There are few cultural monuments that you feel you know before you even visit them. The archeological site of Ancient Olympia is one of them. Capturing the spirit of the Olympic Games is the place where the Olympic flame is lit in honor of the Games that were born here and were held every four years for a millennium. Ancient Olympia is located in the Western Peloponnese and in antiquity was one of the most sacred and majestic places of worship. Nowadays, the foundations of many of its buildings may have survived, but it remains one of the most vibrant and representative archaeological sites in Greece. 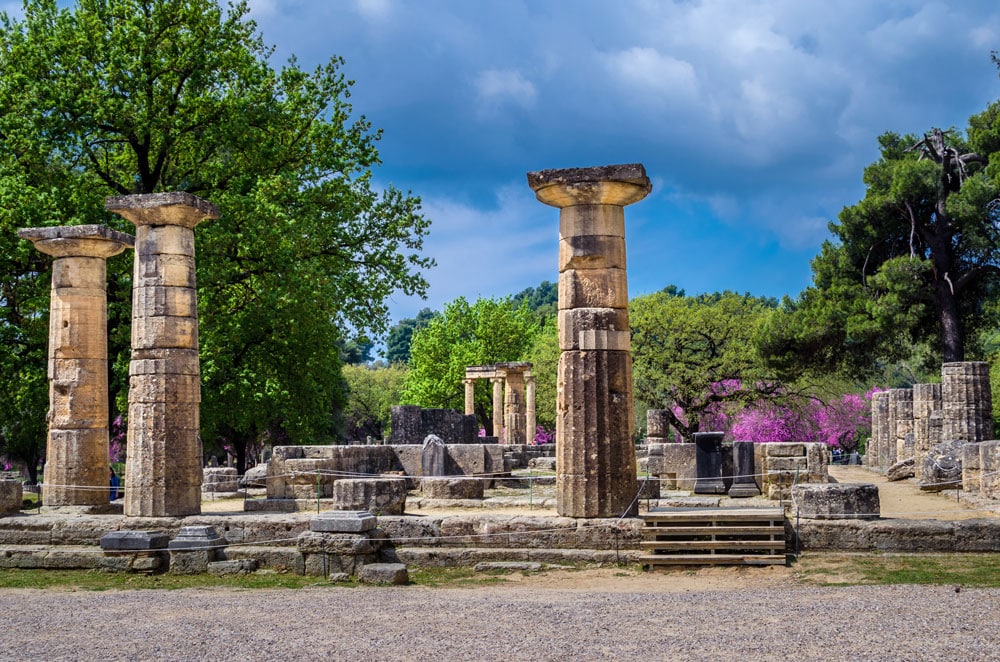 Day 7 – Cruise from Athens to Hydra, Poros and Aegina

Hydra is the island of painters and the dream of photographers. One of the most cosmopolitan Greek islands. Unique architecture, crystal clear waters, famous jewelry and folk-art items, donkeys – the only means of transportation allowed on the island – bring us closer to the living history of the Mediterranean. Next destination is the green Poros with its pines, lemon trees, narrow streets, and bell tower. Last but not least, Aegina, with its rich history, the beautiful landscape with the famous peanut trees, the port with the fish market and the colorful floating vegetable market, the picturesque port of Agia Marina and its hospitable people. Ending a vacation in Aegina is powerful, stamping a once in a lifetime experience. 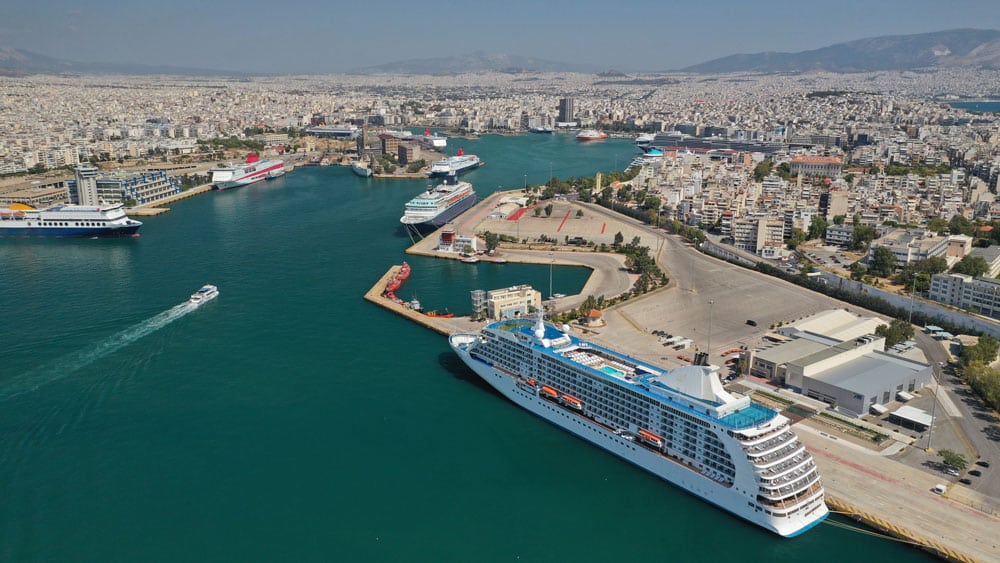 Be first to hear about our promotions, new routes, exclusive deals and more. Simply enter your email address below and join the club.

Get social with us 😉

Help us to improve your browsing experience!

We use cookies so that we can offer you the best possible website experience. This includes cookies which are necessary for the operation of the website and to manage our corporate commercial objectives, as well as other cookies which are used solely for anonymous statistical purposes, for more comfortable website settings, or for the display of personalised content. You are free to decide which categories you would like to permit. Please note that depending on the settings you choose, the full functionality of the website may no longer be available.
Cookie Settings
Accept All and Agree
Manage consent

This website uses cookies to improve your experience while you navigate through the website. Out of these, the cookies that are categorized as necessary are stored on your browser as they are essential for the working of basic functionalities of the website. We also use third-party cookies that help us analyze and understand how you use this website. These cookies will be stored in your browser only with your consent. You also have the option to opt-out of these cookies. But opting out of some of these cookies may affect your browsing experience.
Necessary Always Enabled
Necessary cookies are absolutely essential for the website to function properly. These cookies ensure basic functionalities and security features of the website, anonymously.
Analytics
Analytical cookies are used to understand how visitors interact with the website. These cookies help provide information on metrics the number of visitors, bounce rate, traffic source, etc.
Advertisement
Advertisement cookies are used to provide visitors with relevant ads and marketing campaigns. These cookies track visitors across websites and collect information to provide customized ads.
SAVE & ACCEPT

TUS Airways has provided a specific contact centre for the media.

Details are provided below: